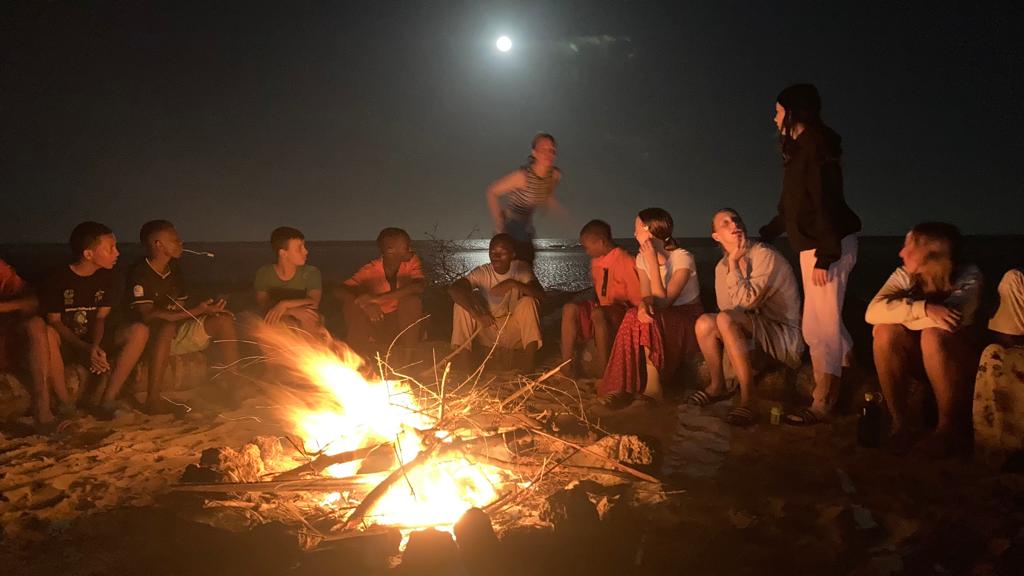 “Wow! Time really flies. We are only left with six days until the program ends. How I wish I could turn back time and go back to the beginning when the Program started,” a Kenyan student openly remarked.

On the bus ride to the area in Mombasa where everyone was going to have lunch, the students started interacting and asking each other questions, with the aim of getting to know each other. A few moments later, they had lunch and headed to Lulu high school (Boys‘ school).

Lulu High School is divided into two; the all-boys school and the all-girls school.  But since both genders were participating in the exchange program, the gender differences were put aside and the program happened in Lulu Boys High School.

It was then time for the sleeping arrangements to be done. Normally, Kenyan boarding students sleep in their dorms.  And since the exchange program takes place in Lulu Boys High School, only the Boys were allowed and able to sleep in the dorms. The girls were given a different section where they could sleep.

On the first day the Germans arrived, not much was done because they were really exhausted from the traveling. So students briefly got to know each other and soon went to sleep, excited for day two.

During the whole program, the word “to mingle” was used a lot; and it means to mix. This word helped the students to easily interact with each other. They mingled in sleeping arrangements, sitting arrangements, and even in forming groups when working. This means that in each group or in whatever activities the students were doing, there had to be a mix of both Germans and Kenyans. This encourages cultural diversity and understanding between the two countries.

It is now less than a week before the exchange program ends and so much has been done so far; both fun activities and work. On the fun side, students play games, went for camping, visit different locations and sceneries such as Fort Jesus, and travel to different places together while knowing more about each other and learning from one another.

The students also learned to cooperate with one another with understanding in order to create different projects together. There were many challenges along the way such as bad communication and dismissal of others’ opinions, but after a while, the students understood that the process matters more than the end product. That in order for them to come up with a great end product, they need to enjoy the process, while including each and every member of the group.

The students put all their differences aside and began learning, and working while having fun, all at the same time.