It has been 1 and a half weeks since the Germans arrived in Kenya. The flight was very long and exhausting, but when they arrived, everything felt better.
The Germans were picked up by the Kenyans from the airport. Right after, they had lunch in Mombasa and it was very fun. 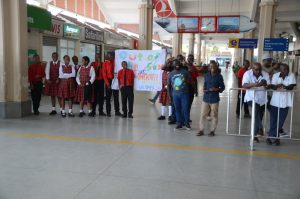 The students got to briefly introduce themselves to each other. Upon arrival at Lulu High School, room allocations were done, and since everyone was tired, they all slept immediately. 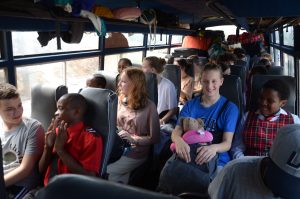 On the next day, the students got to know each other well enough and team-building tasks were done. 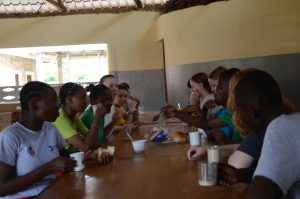 On day 2, the German students were able to visit the classes of the Lulu High School students. The students also visited the market in Ukunda where they bought fruits and they ate them that same evening. They were so delicious.

On the third day, the students all began working on the topic. They started with a big word web and ended with finding ideas on how to present.  Since the group members are so close to each other, they decided to work together on one big musical. 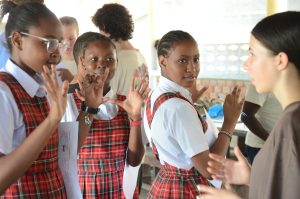 The adults were at first skeptical about managing a big group project, but the students were well-prepared and proved them wrong; they divided different roles amongst themselves and started right away. The first song was written and recorded the next day. It was very exhausting but the students learned that when they worked together, they could achieve anything. 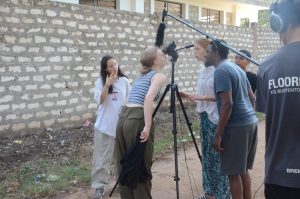 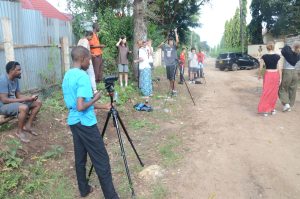 On Saturday, things did not go as planned, and a lot of time was wasted when crossing the ferry. We didn’t get to do everything that we planned for that day, but we were able to go to Fort Jesus. And the students were very productive in shooting their musical.

At the end of the day, the students were able to shop for Kenyan candy and snacks at the mall. This made them very happy. When teamer Chilloh arrived later that evening, they were even happier. The bus arrived when it was already late and dark, but this did not stop the students from having a bus party. Lots of music and laughter were present. We ended the day eating chapati.

The next day, the Germans were able to visit the service in the church, there was so much singing and dancing, and they had a chance to introduce themselves. In the afternoon, the students from the virtual exchange visited the group and watched the 360 movies that they made, together. 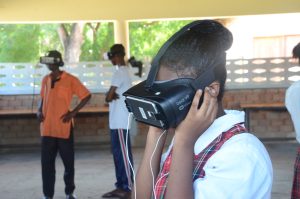 On 07.11., we arrived at the camp on the beach. After pitching tents, the whole group had fun in the warm ocean water. 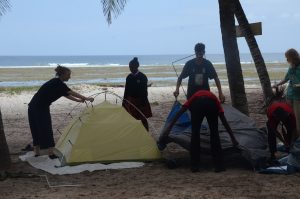 After some really hard teamwork tasks from the teamers, we had an amazing bonfire, while listening to music, catching crabs at the beach, while slowly getting tired. The bonfire lasted until 10 pm.

On 08.11., midtime evaluation took place, the students were able to express their thoughts and feelings in their log books and shared them with the rest of the group.

After some fun time in the water, they had to solve some more tasks in order to grow even more together. 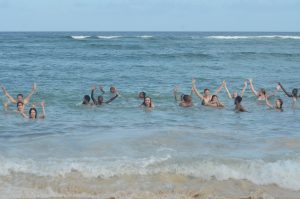 We have daily evening meetings, that pair the genders or the nations. Sometimes, we also meet as a whole group. The students are able to talk about their feelings in a safe space and evaluate their days.

We are looking forward to the next 1 and half weeks. Some students are already sad that the program is halfway through:D